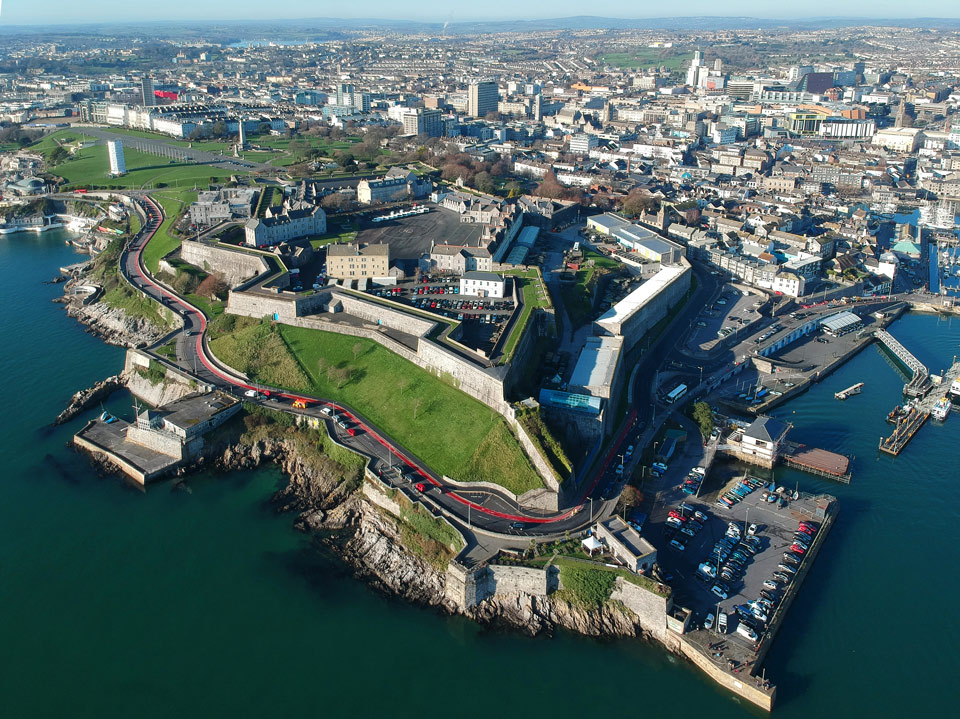 The Royal Citadel was the most important English defence for over 100 years with its 70 feet high walls. It was built in 1665 over the earlier Plymouth Fort as a defence against a threatened Dutch invasion. It has been regularly strengthened over the years, particularly during the 1750's when it was equipped with 113 guns, and is still in use today by the military. Guided tours are possible and are managed by English Heritage.

By the end of the 17th century the emphasis on defence changed due to developments in armaments from a central defensive unit to new forts and gun batteries in a ring around the Dockyard and the approaches to it.