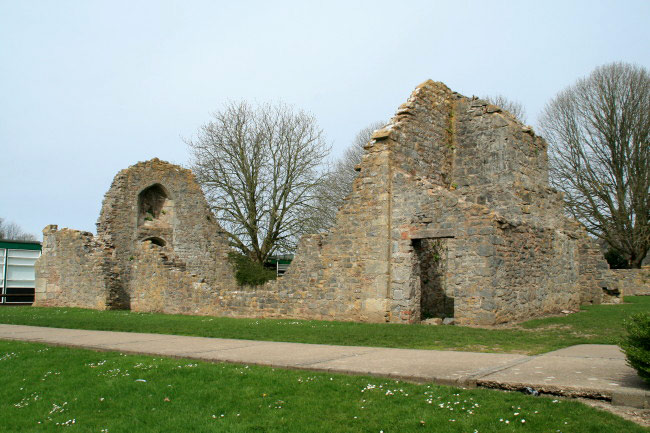 The Royal palace at Cheddar is known to have existed from the middle of the 10th century and was granted a licence to crenellate in 1264. The ruins of a chapel dedicated to St Columbanus survive from around 1300. This was the third chapel on this site replacing earlier 10th and 11th century buildings. The chapel was converted into a house during the 17th century and remained in use until one hundred years ago.