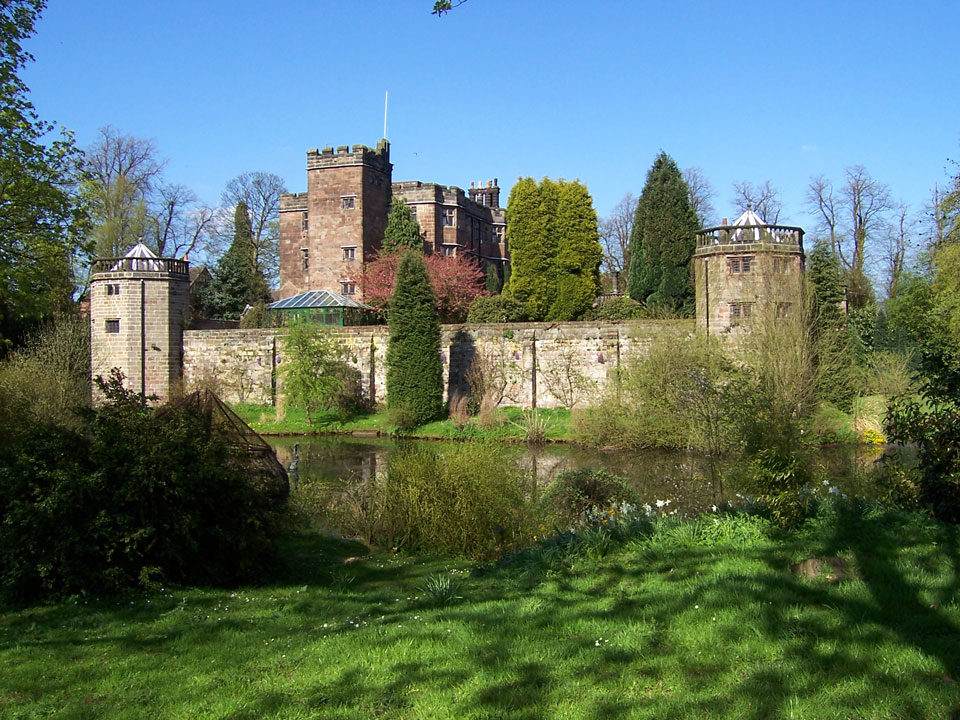 A fortified manor house started in the 1260's on the site of an Anglo-Saxon manor with the construction of the walls and the moat and which was then granted a license to crenellate in 1275. Four corner towers were added as well as a pair of towers on the north east side which formed the gateway and a keep was added in the bailey. In the 16th century the castle was allowed to decay, but in 1615 the present house was constructed from the old keep and the walls were refurbished. During the English civil war the castle was held by Parliament and although it was planned for it to be slighted this was never carried out. It has been restored to its former glory during 2007.