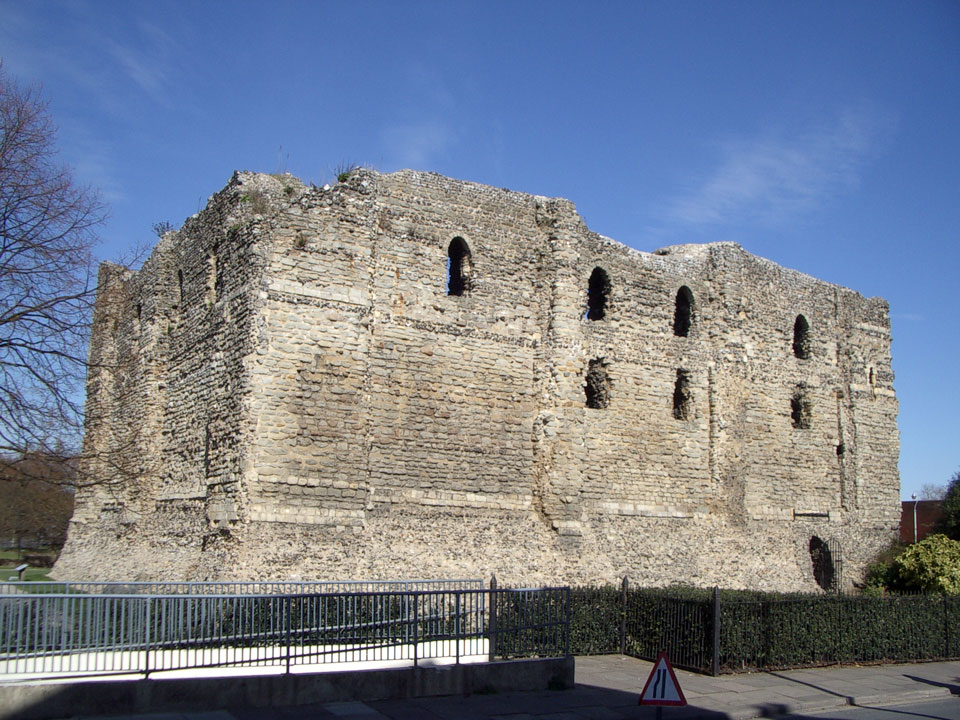 Canterbury's importance to the Romans lay in it being a port on the western side of the Wantsum Channel.

A wooden motte and bailey castle was erected in 1066 and the motte, known as Dane John, is still visible. The large 80 feet high keep, the third largest in England after Dover and Rochester, was rebuilt in stone between 1086 and 1120 close to the Roman Worthgate. The large bailey was surrounded by a curtain wall and a deep ditch. In the 13th century it became a prison and was in use until 1609. By the 18th century it was in ruins and the curtain wall was removed in 1792. The lower half of the keep still remains, the top floor having been destroyed in 1770 and the internal walls in 1825 when it was bought to be used as a coal store.

The city walls are mainly Roman, dating from the end of the 3rd century, although they were repaired in the 14th century and strengthened with 21 towers. At least half of the city walls are now visible on the eastern side of the city, but only 9 of the towers still stand. There were originally 6 gates to the city, Newgate, Riding Gate, Burgate, Wincheap Gate and Worth Gate as well as the city's West Gate which dates from 1380. Of these only West Gate remains and even this was almost demolished in 1850 to widen the road. From 1543 to 1929 it was used as the city's prison.