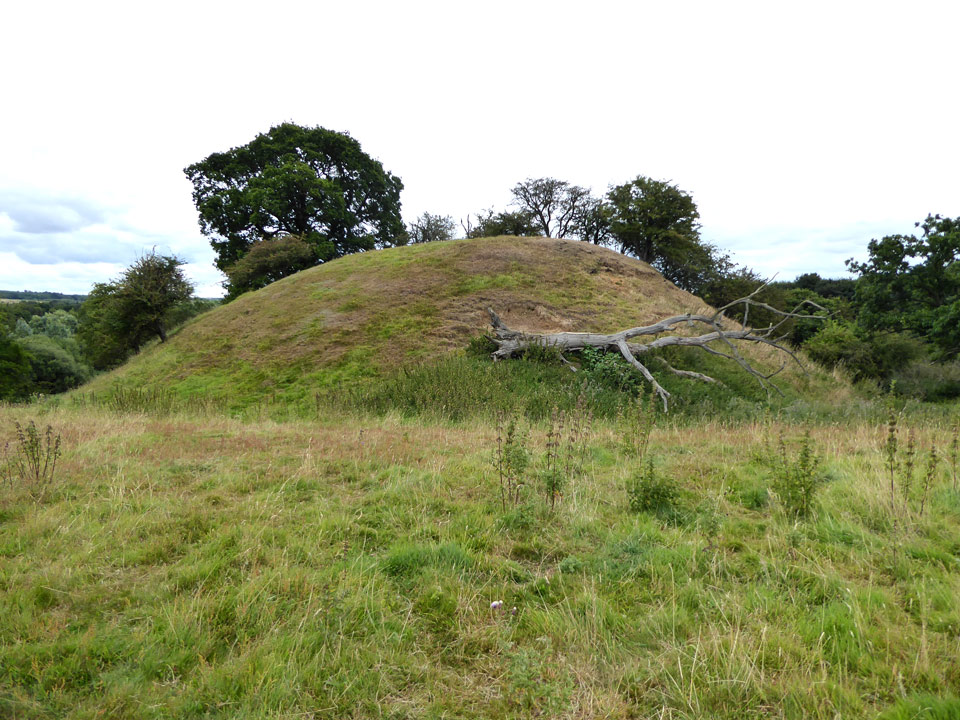 The 30 feet high mound of a late 11th or early 12th century wooden motte and bailey castle is sited on a natural outcrop and is 35 feet across at the top. Three irregularly shaped baileys are separated from the motte by a ditch. The castle was occupied until 1348 when all the inhabitants died of the Black Death. The castle was in ruins in the 14th century, and the small village that had built up around it was abandoned. 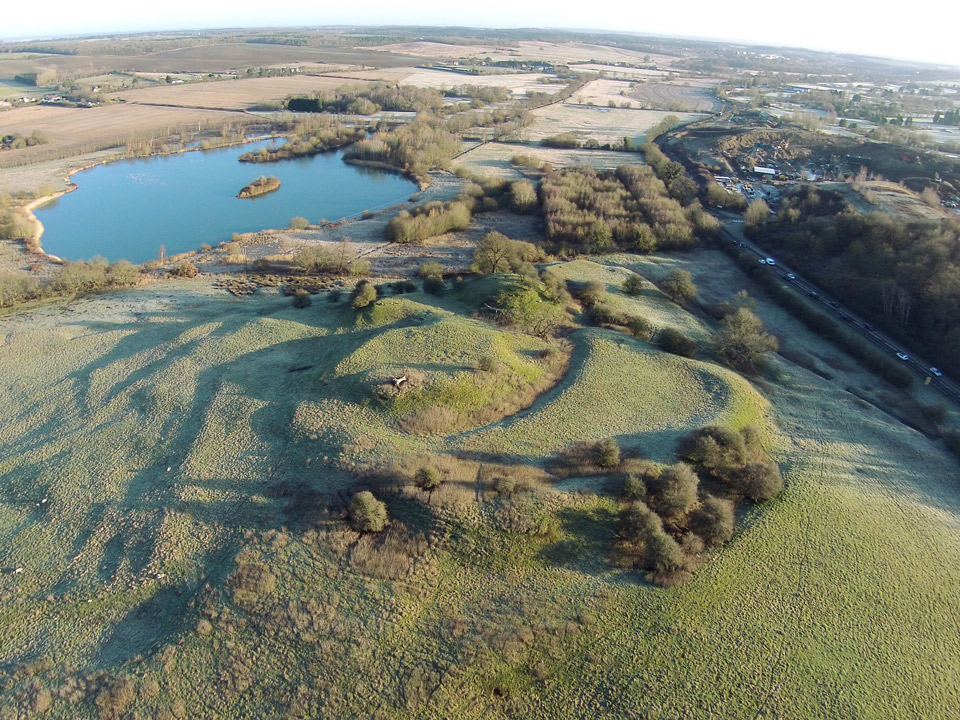