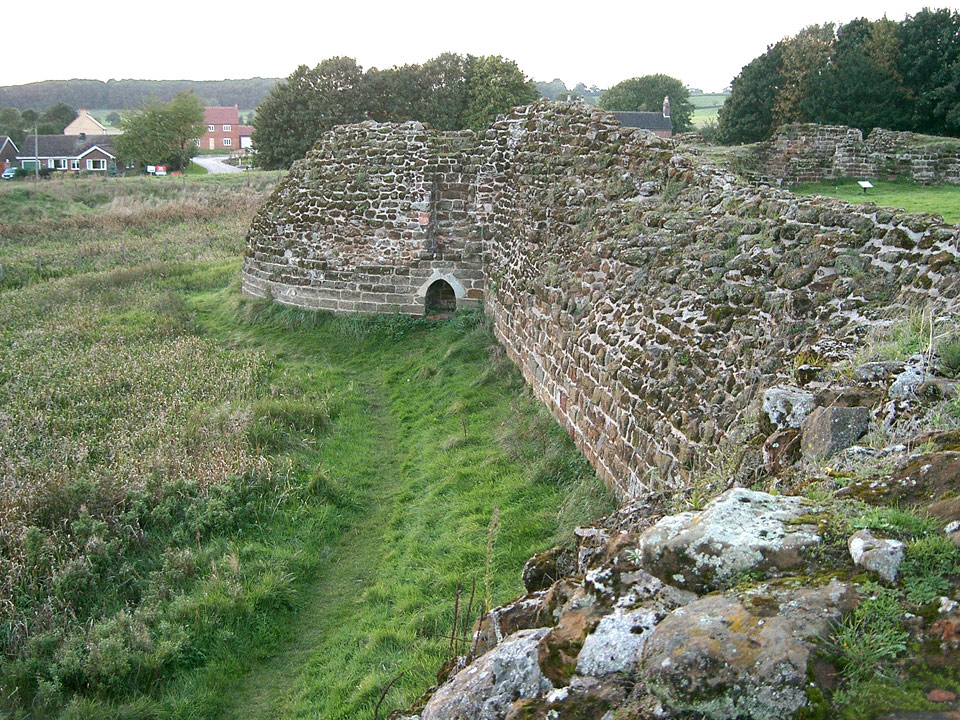 An early 13th century castle which had a large gatehouse and five 'D'-plan round towers forming a hexagonal shape, and surrounded by a moat. Now it is in ruins and only the lower levels of stone still stand including the foundations of the 15th century hall. After the Civil War in which it was besieged by Parliamentary forces in 1643, the castle was dismantled and gradually deteriorated until in 1815 the last remaining tower collapsed. The earthworks in the outer bailey may be from a siege fort from the Civil War.

The site is managed by English Heritage, open all year.