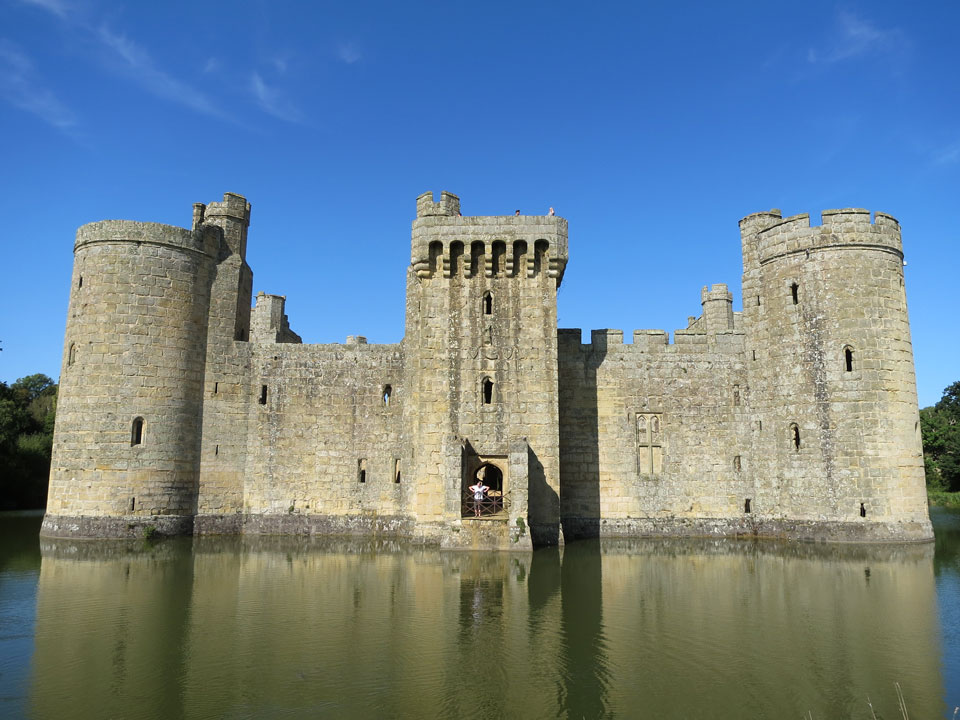 A large fortified manor house which was built in 1385 by the River Rother. The square building had apartments on each side and a 4 storey round tower in each corner. It is surrounded by a moat and is one of the most attractive castles in Britain. It is thought it was constructed purely as a residence and it was lived in only until the 15th or 16th century when it fell into decay. It may have been damaged during the Civil War, but no record of this exists. During the 19th and early 20th centuries some repairs and restoration work was carried out. 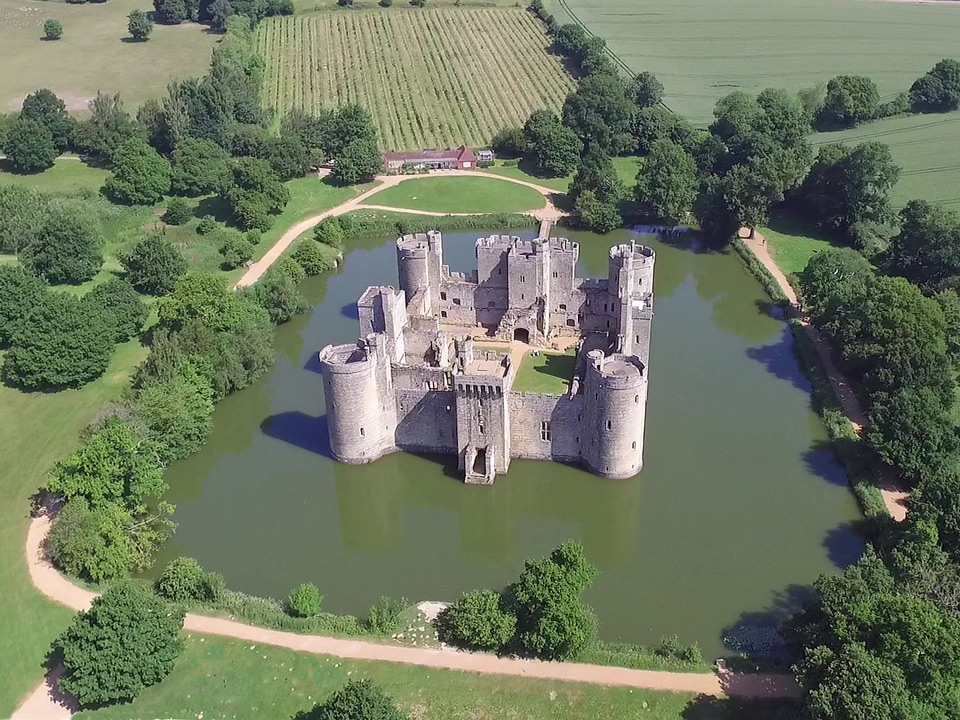 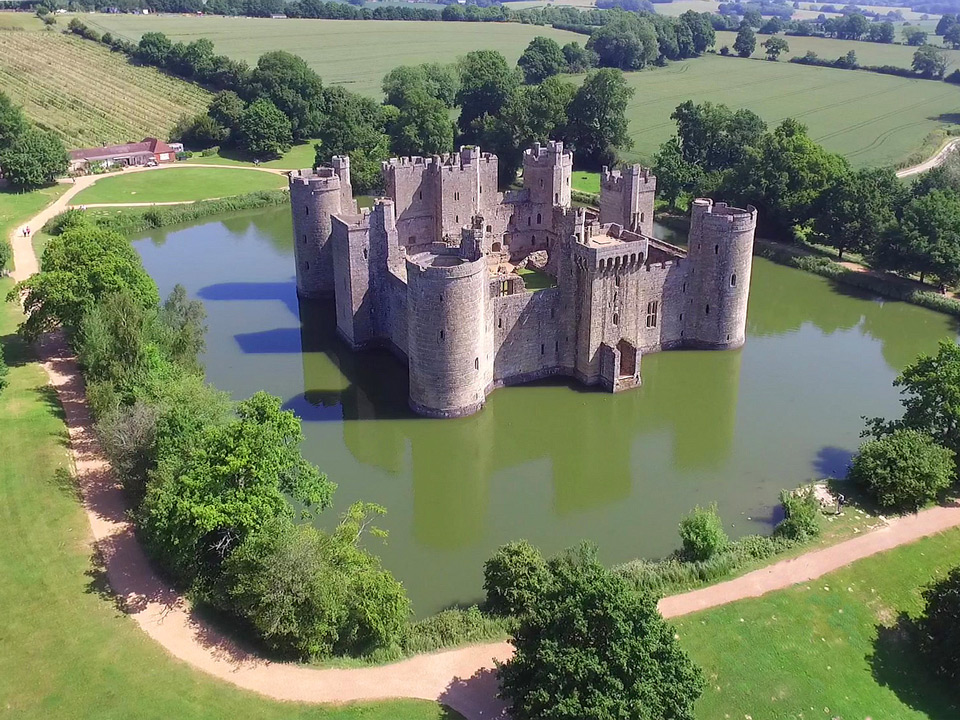 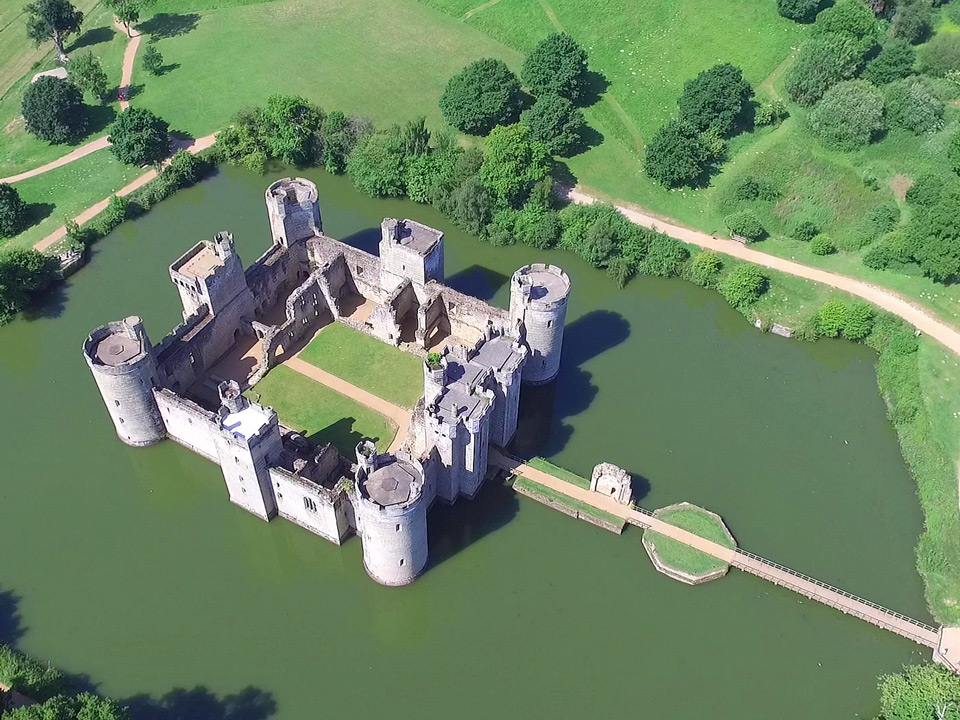