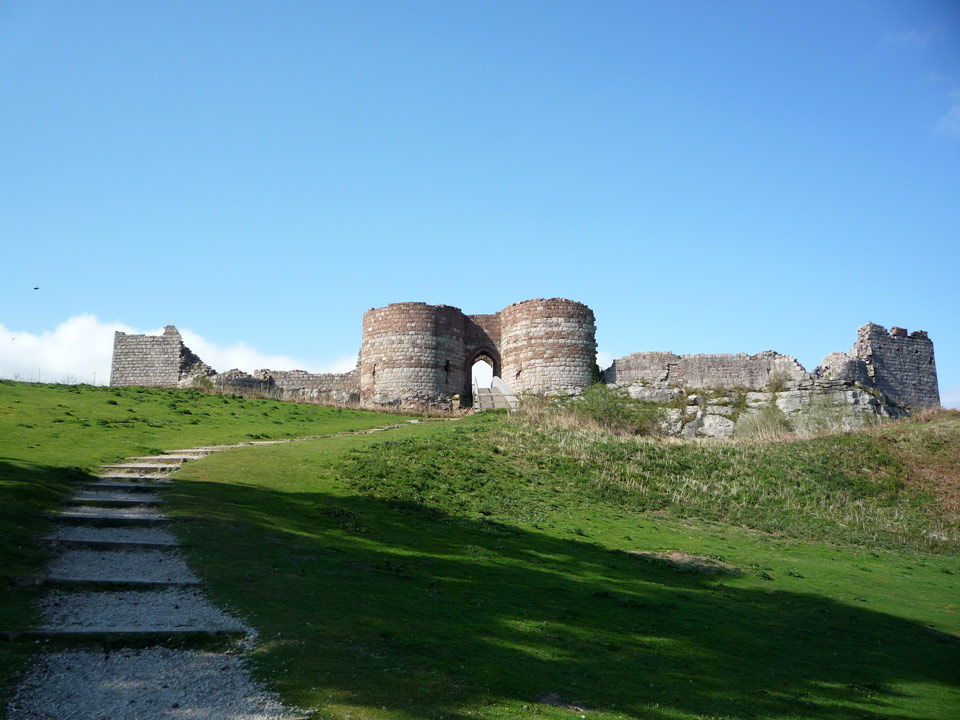 Built in 1220 on a 300 feet high sandstone rocky outcrop with precipices on three sides it is unusual in not having a keep. The inner bailey is protected by the gatehouse, three additional towers and a deep ditch dug out of solid rock. Initially held by Parliament in 1643 during the Civil War it was taken for the King and held until the end of 1645 when it was starved into surrender. It was then slighted and left to decay.