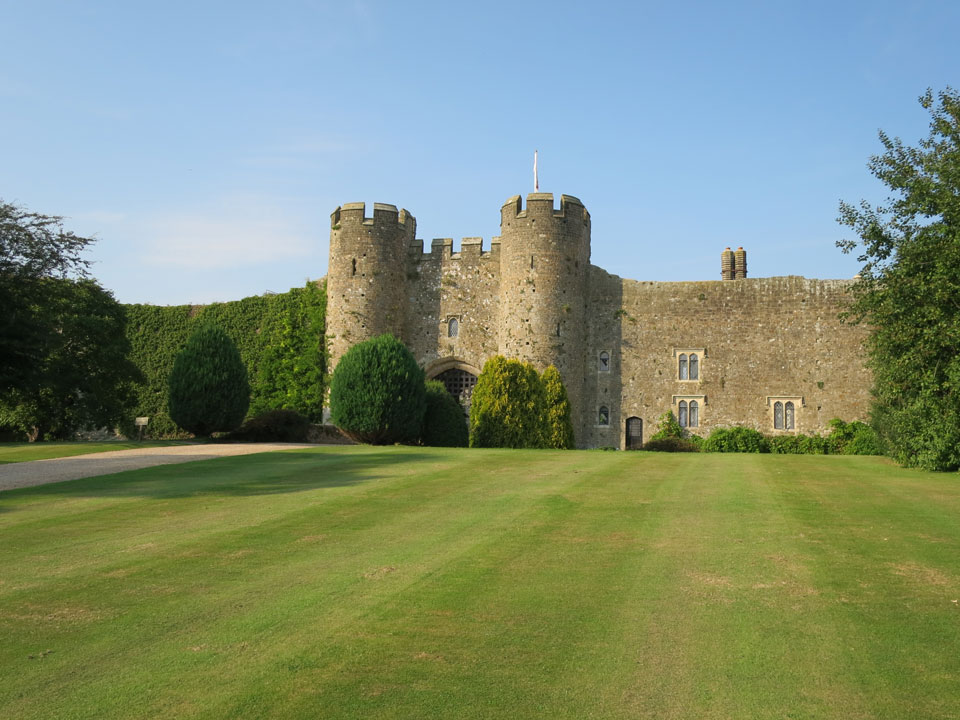 The site started as a hunting lodge built by the by the Bishop of Chichester. This was replaced by a stone hall in 1140 and was extended in 1200. At the beginning of the 14th century a larger Great Hall was added and the building was known as the Bishops of Chichester's Summer Palace. A licence to crenellate was granted in 1377 and it was fortified with high walls and battlements between 1377 and 1382. It surrendered to Parliament in 1644 during the Civil War which led to it being slighted, with some of the curtain wall being lowered and the roof of the Great Hall being taken down. In 1660 the ruins of the Great Hall were rebuilt into the manor house that can be seen now.

It was restored in the 20th century and it is now a hotel.