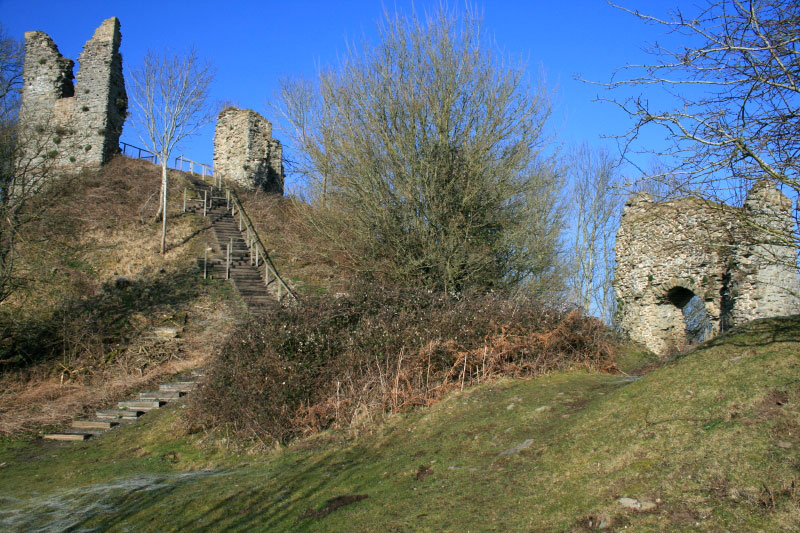 Construction started here in 1070 and although some of the 12th and 13th century stonework remains, most of stone that remains is 14th century. It was partially dismantled in 1643 by Parliament to prevent it being used by King Charles 1 after which it was abandoned and ruined.