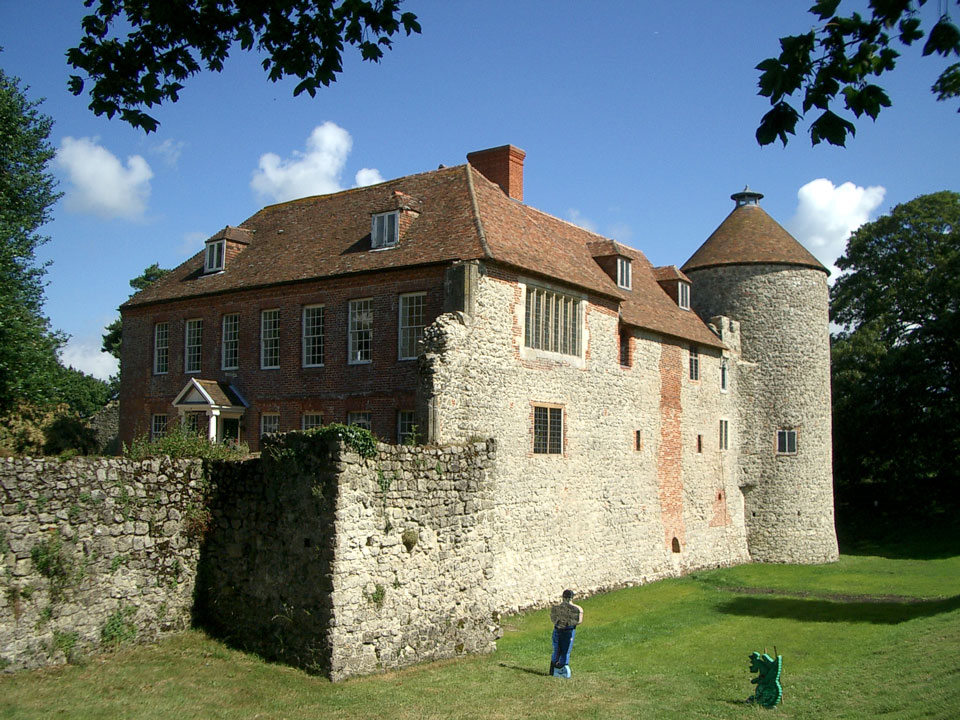 It dates back to the 12th century when the moat was probably dug out. It was rebuilt in 1343 with tall outer walls and 8 towers, of which 2 still stand to full height including the north east tower which is now a dovecote. The central south tower and most of the south wall have collapsed. It was enlarged over the centuries with additional buildings up against the outer walls and in the 17th century a large manor house was built, one of the largest in Kent, This was demolished in 1701 and the castle allowed to gradually deteriorate, but in the 18th century a new manor house was built.