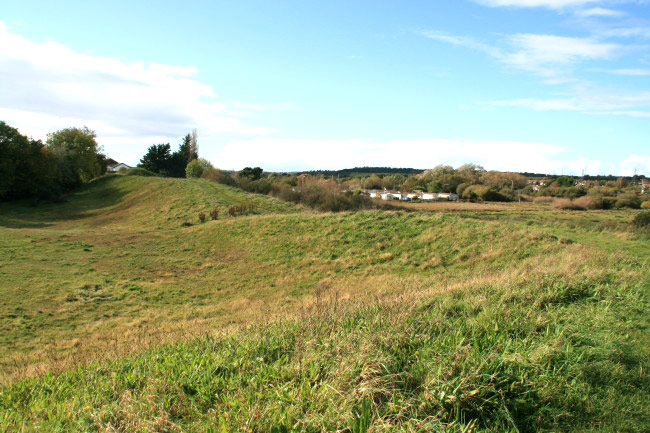 There was a stone motte and bailey castle with a keep on the motte which was built in the late 11th or early 12th century. Traces of the stone foundations of the keep remain underground inside the motte. It was used during the civil war of 1135–1154 but then fell into disuse.

The Anglo Saxon earth ramparts from the 9th century remain on 3 sides of the town, the fourth side having been protected by the River Frome, but the original stone wall on the top of the rampart has been removed.