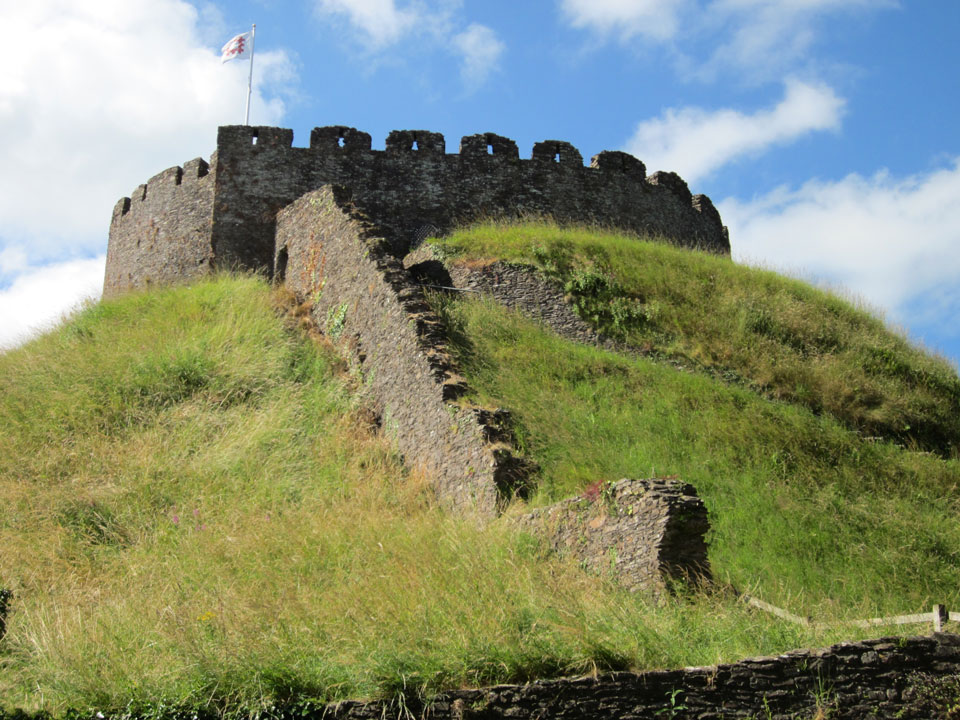 It started as an 11th century Norman timbered motte, one of the largest in England, overlooking the town and river. A wooden tower was constructed on top of the motte and its stone foundations are still visible. A stone shell-keep seventy feet in diameter was then built in 1326 to replace the keep. By the mid 16th century the castle was in a poor state of repair, and was not used in the Civil War. On the north-west side there is the inner bailey around which are the remains of the curtain wall.

The first walls were earth banks installed in the 10th century. The walls were rebuilt in stone the 12th/13th century and part of the town walls and two gateways still remain (below).