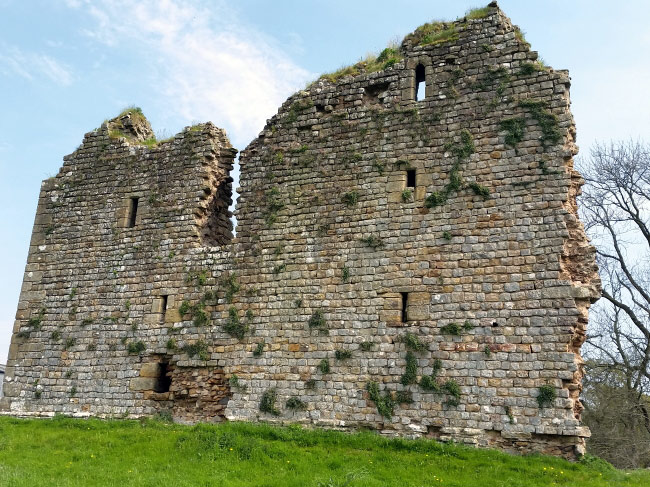 The overgrown ruins of Thirlwall motte and bailey castle stand by the river close to Hadrian's Wall. It was built using stone from Hadrian's Wall in the 12th century and was then extended into a fortified hall-house between 1330 and 1350. It has been an derelict shell since the 17th Century and much of it fell into the river in the last century. It has been restored over the last three years and can now be safely visited.