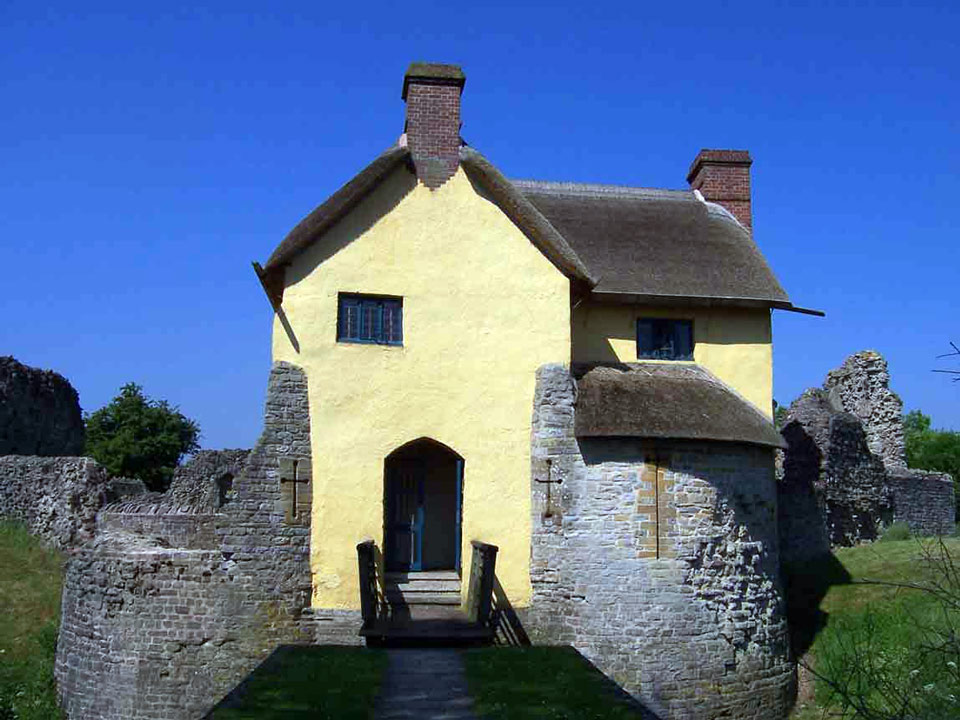 It was built in the early 12th century, but was badly damaged in the 13th century. It was in use as a farm by the 17th century but deteriorated until only a few of the walls and the moat remained.

It has now been restored by The Landmark Trust and the thatched cottage built inside the gatehouse that dates from 1600 is being used as holiday accomodation.