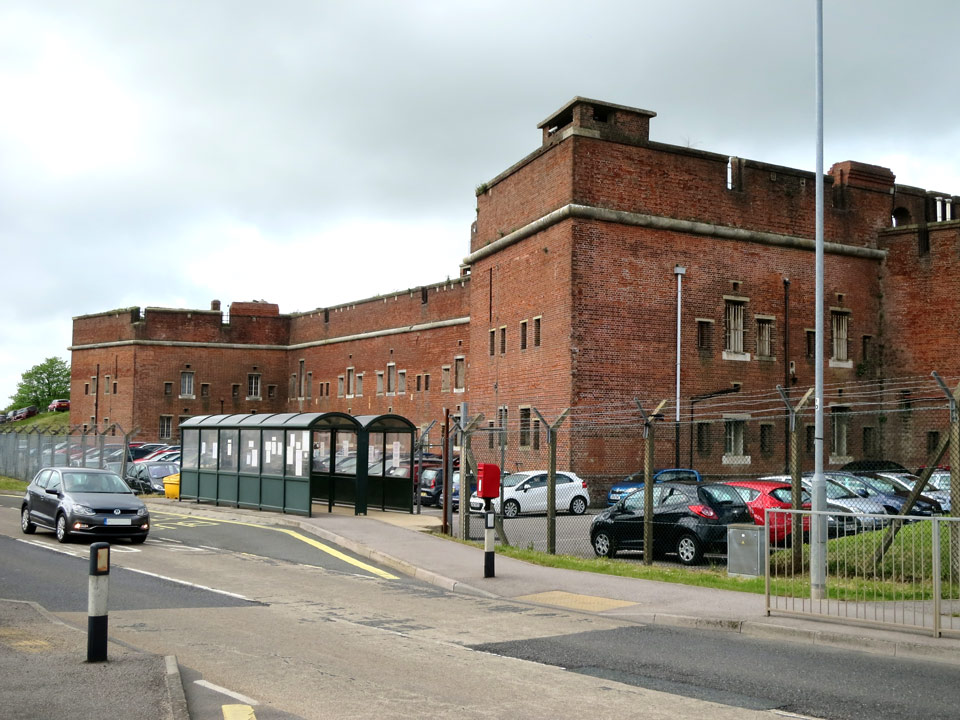 Fort Southwick is 2,400 yards east of Fort Nelson and is similar in design to Fort Widley. The fort was built between 1861 and 1876 and was armed with 78 guns including 64-pounder RMLs, 7-inch RBLs and 6.6 inch howitzers, as well as mortar batteries. During World War Two Fort Southwick served as a headquarters for Allied Commanders and a complex of underground bunkers and command positions were excavated beneath the Victorian tunnels. It was used by the Navy until 2003 when it was sold off. It is largely intact.