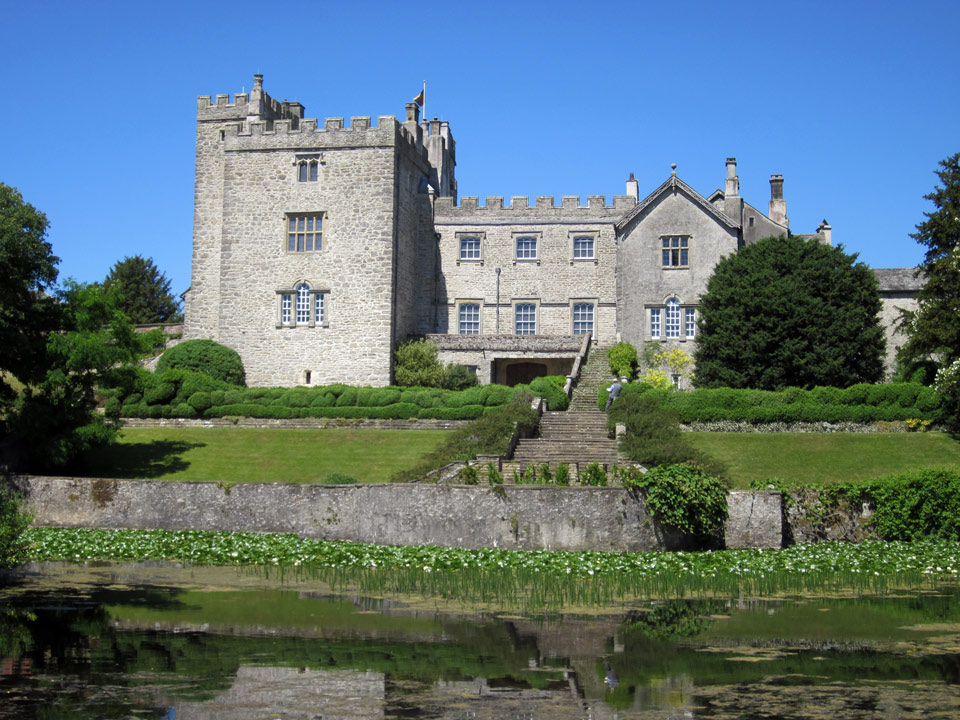 The oldest part is the four storey, 60 feet high pele or solar tower which dates from 1340 and was likely added to an earlier manor house. It was extended with a 15th century great hall and extra wings in the 16th century. In 1898 the lowest storey was altered by the cutting of a carriage-way through it - see photos. The house, originally called Sizergh Hall, is still inhabited and the site has been lived in for 750 years. The castle is surrounded by beautiful gardens.