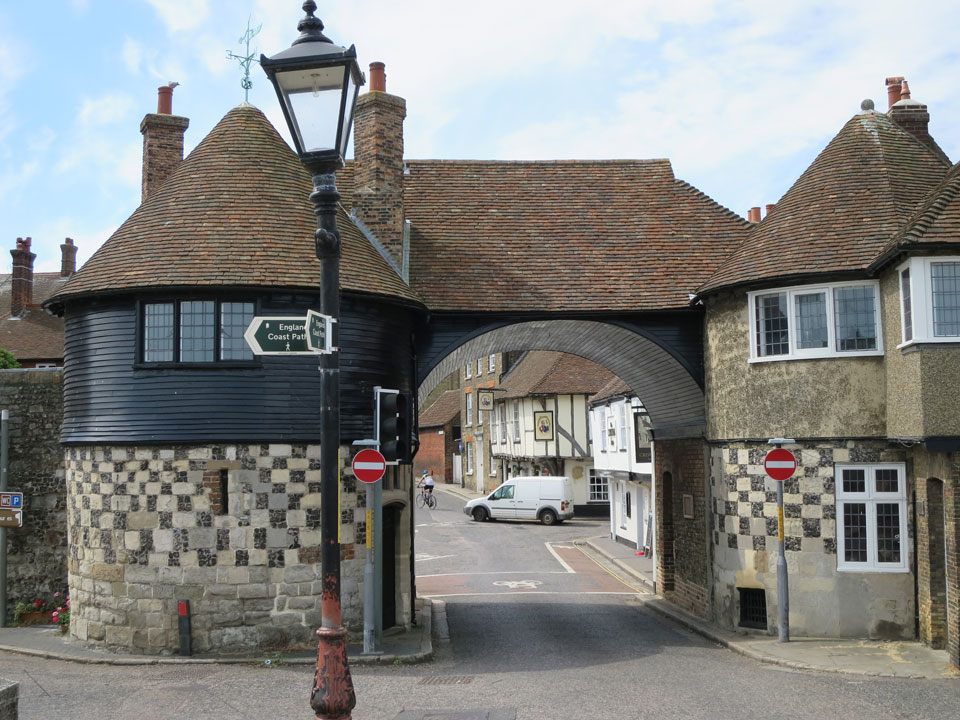 There was a castle at Sandwich in the 14th century outside the south east corner of the town walls, close to the site of the Great Bulwark and overlooking the old harbour. It has been completely demolished and the stone used in the houses of Sandwich. The site is now occupied by the Sir Roger Manwood's School.

The town wall originally consisted of an earthwork rampart with a wooden fence which was built at the end of the 14th century. The wall was rebuilt in stone after French invasions in 1438 and 1450 with five gates of which only Fishergate and The Barbican remain as the Canterbury, Woodborough and Sandown Gates have all been demolished. The Barbican by the bridge probably dates from the mid 14th century, and consists of two circular towers flanking a single archway. Only the lower half of the towers is original. The Great Bulwark, a 2 storey gun battery, was added in 1451 and the earthworks remain. The earthworks of the town wall and the outer ditch still remain all around the town.