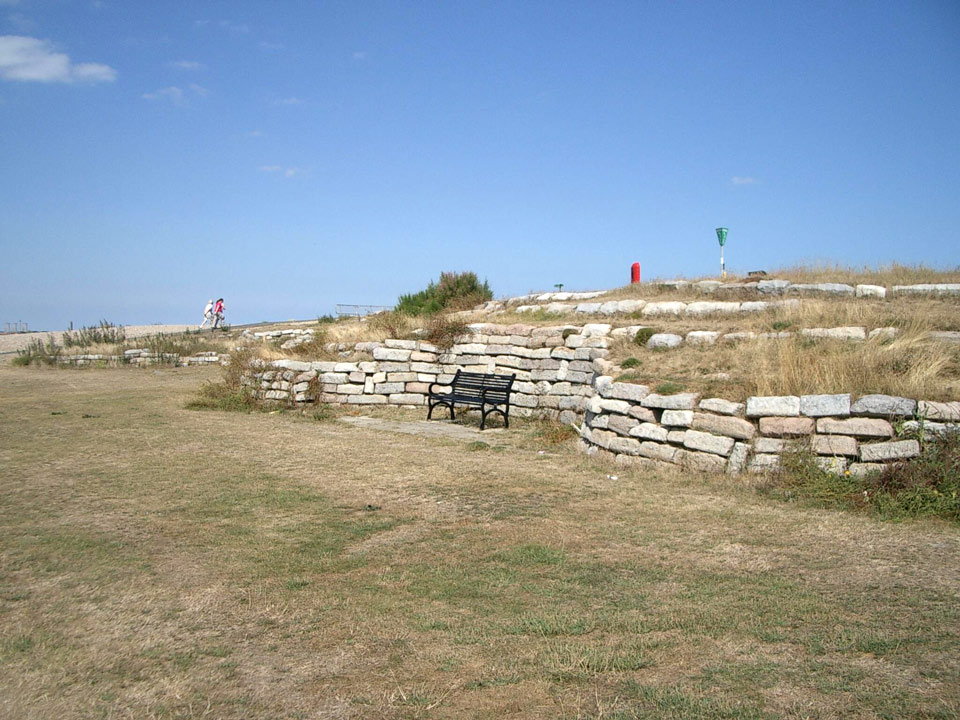 It was built in 1537 - 1540 to a very similar design to that used for Walmer Castle but almost nothing now remains. The sea started to breach the defences in 1785 but it was still used for another 50 years before being totally abandoned. Some of the stone was removed for use in the town and the castle was then left to the sea. It has now been covered in concrete to form part of the sea defences with just a few loose stones left behind to mark the spot. The castle remained in military use until 1863 and the photo from then shows the castle before the upper levels were demolished with explosives. Further demolition work took place in 1882 and most of the surviving stonework was destroyed in 1893. 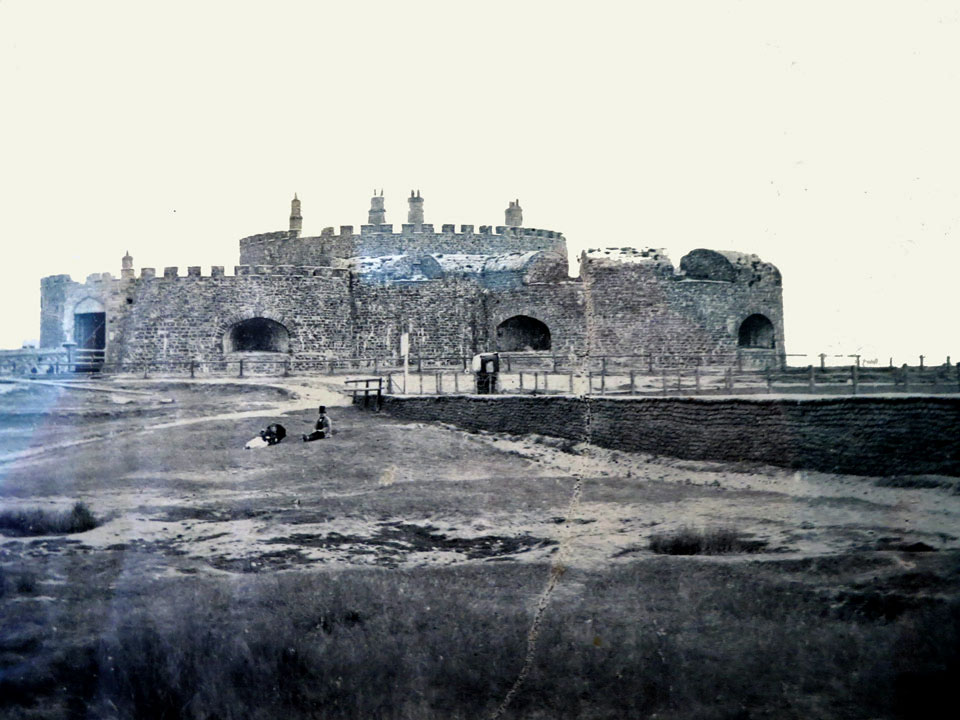