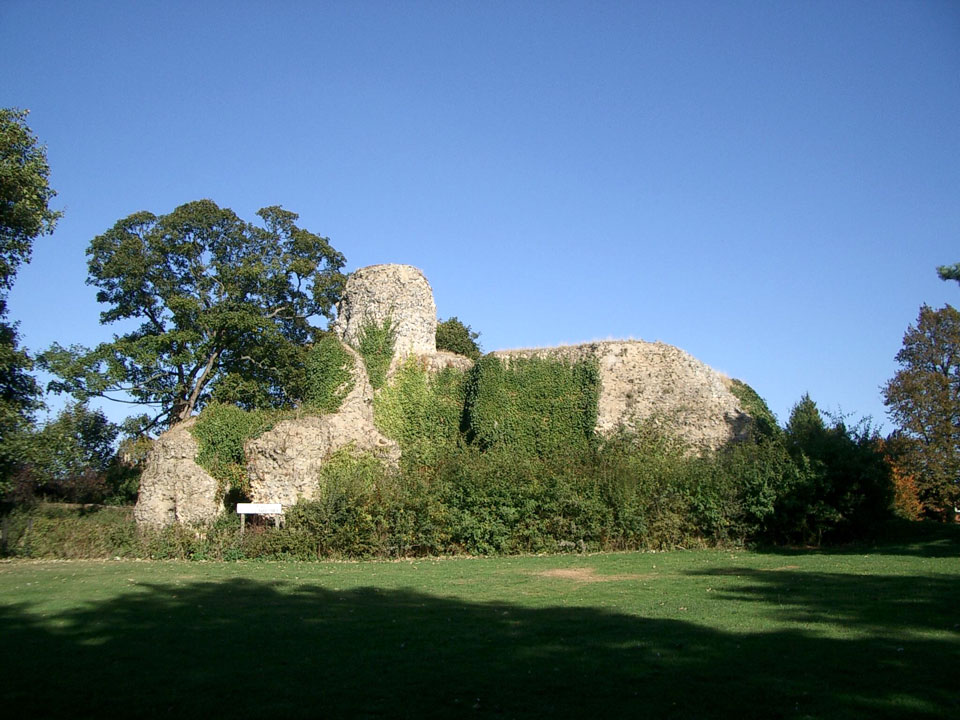 The flint core of the basement of the three storey Norman keep is all that remains, as even the low motte that was built around it has been removed. The layout of the surrounding streets reflects the line of the inner bailey. It was built between 1125 and 1141 but was rendered indefensible by order of Henry II in 1158 after the end of the Civil War in 1153. Humphrey VII de Bohun was given licence to crenellate in 1346, but the extent of the rebuilding is not clear. Little is known of its later occupation, but much of the stone was removed in the 18th century. The turret on top of the keep was added in 1796.

Open all year round, next to the Saffron Walden Museum (open 10-4 Tuesday-Saturday, 2-4 Sunday and Bank Holidays), which has a small car park for visitors.