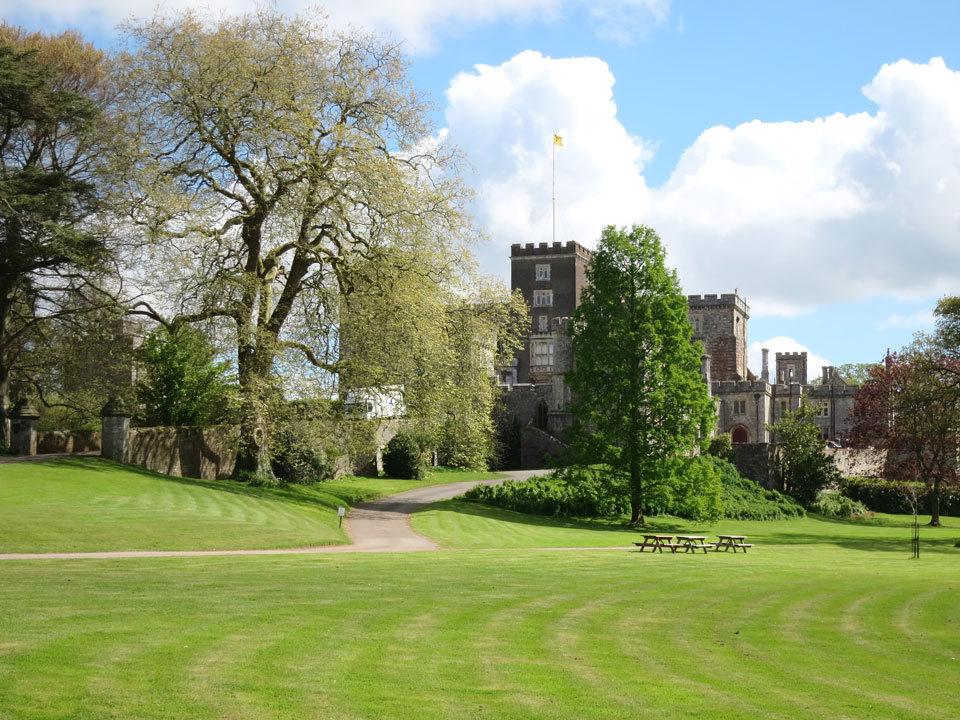 A fortified manor dating from 1391 that has been occupied by one family, the Courtenays Earls of Devon, since it was built. Only one of the original six towers, the north -west, is now visible. The castle was damaged after a siege by Parliantary forces in the Civil War although it was not slighted. In the 18th and 19th centuries the building was repaired and enlarged, the entrance being changed from the east side overlooking the River Exe to the west side. A new gatehouse was built which is now the main access to the castle.