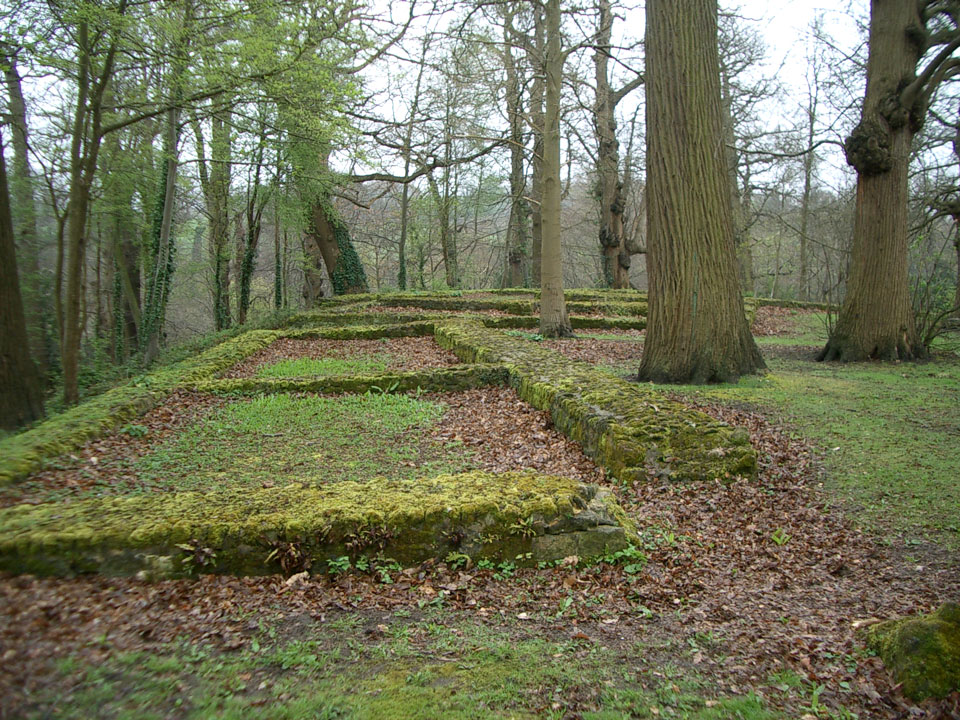 The first defence of Midhurst was a massive ditch and bank (35 feet wide and 12 feet deep) that surrounded the town in the 10th century. In 1066 a Norman motte and bailey wooden castle was built on St Ann's Hill on the eastern edge of the ditch. In the late 12th century this was replaced by a stone fortification which was in use for 100 years before being abandoned. A new residence was then built on the plain below which was in Tudor times to become Cowdray House. In the early 20th century the site was excavated and the walls built up to just above ground level so the outline of the structure was visible. The Saxon ditch was filled in the 14th century.