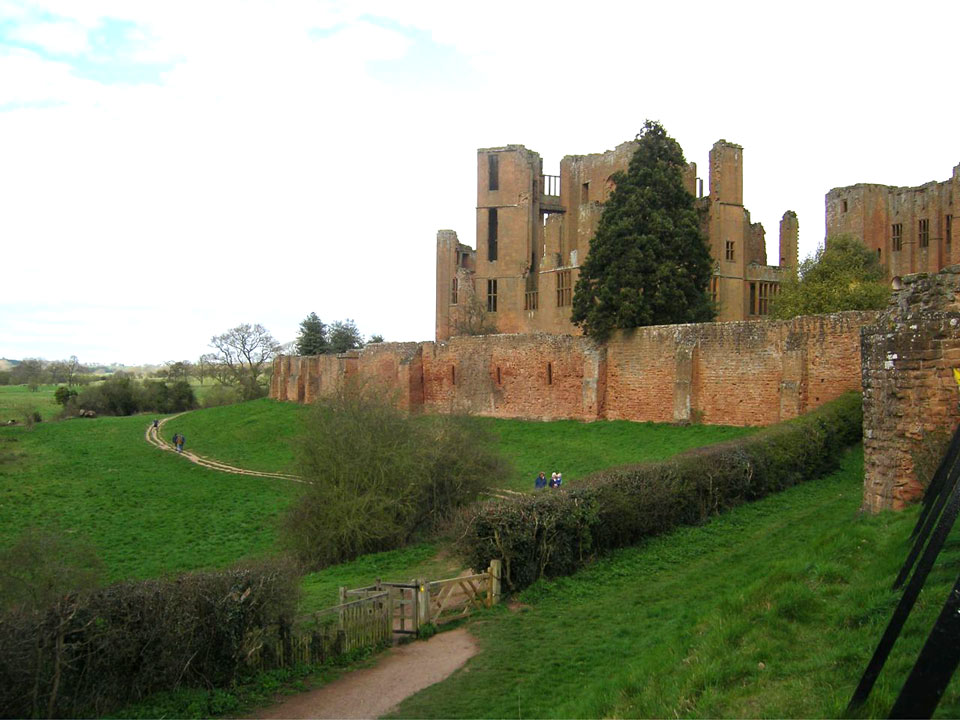 Originally a wooden motte & bailey castle rebuilt in red sandstone with a large keep in the mid 12th century and strengthened in the 13th century. Originally the castle was surrounded by a man made lake. It was severely slighted in the Civil War with the north wall being destroyed and it was then allowed to decay apart from the gatehouse that was converted into a house. 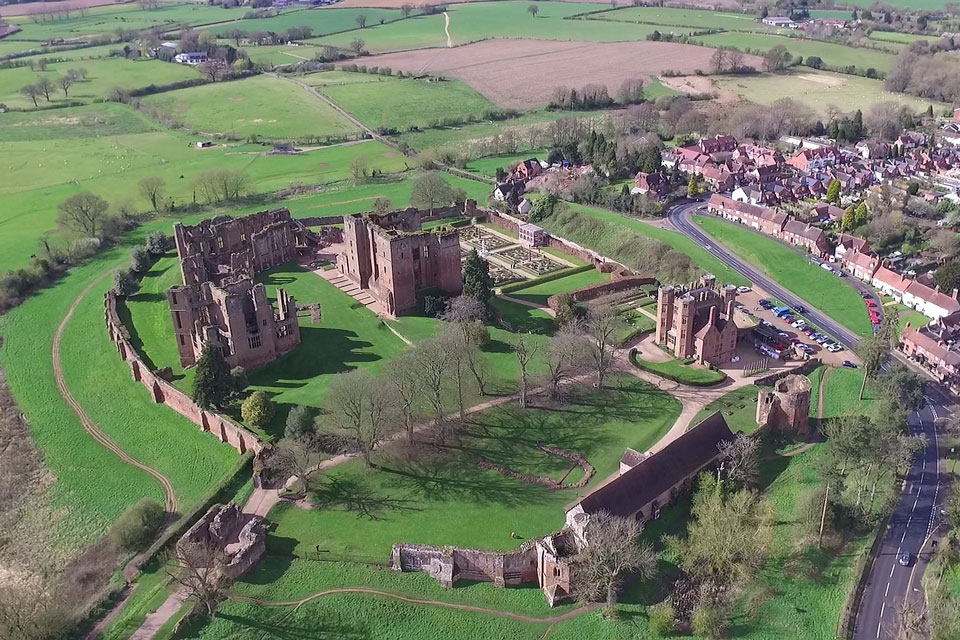 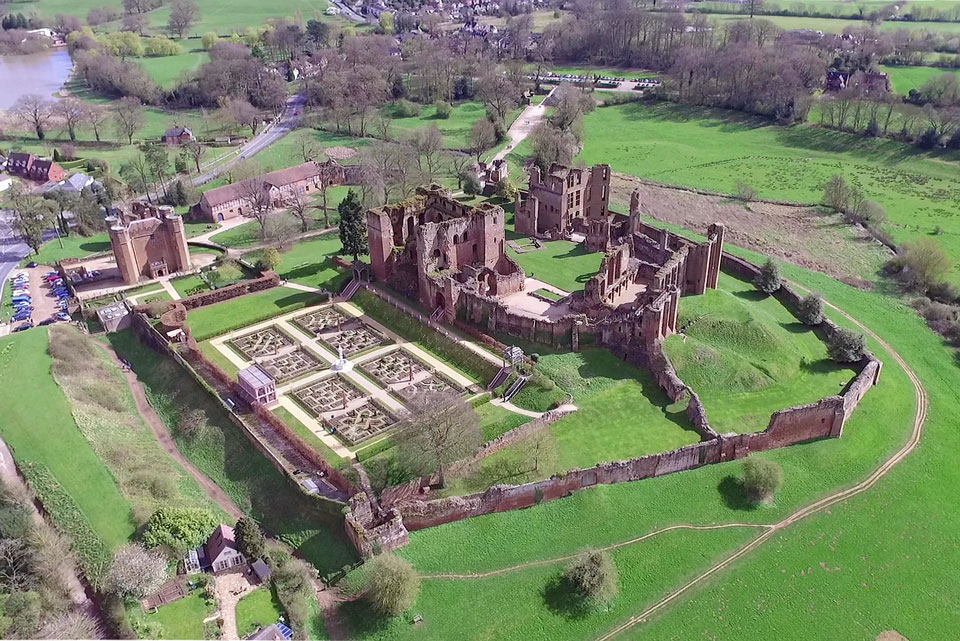 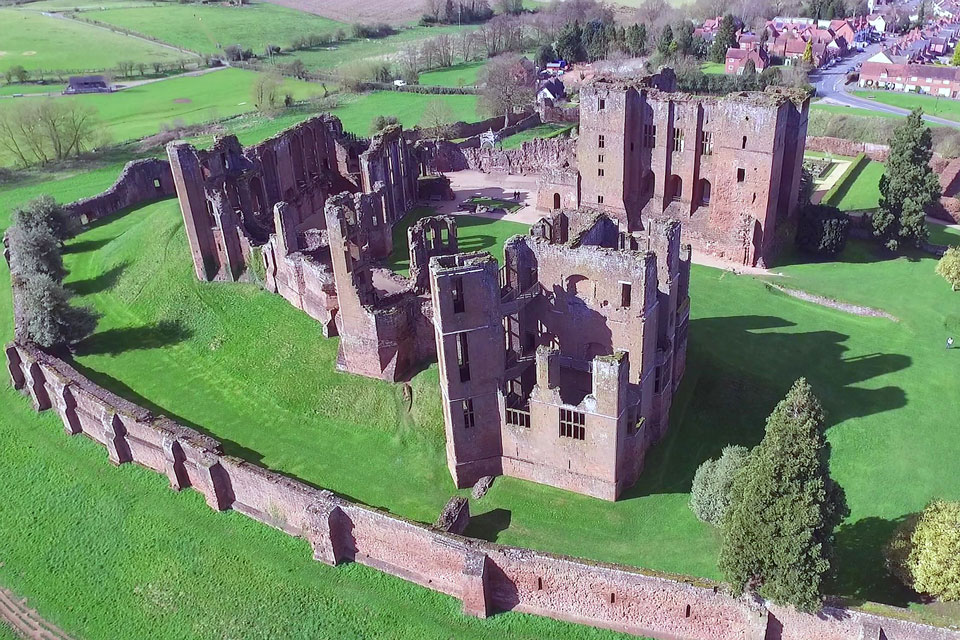 The earthworks of The Pleasance lie half a mile to the west of the castle. This moated site was laid out by King Henry V in c.1414 as a pleasure garden and a place of entertainment. In the 16th century the Pleasance was abandoned and the timber framed banqueting hall was moved into the outer court of the castle but it has since been demolished. 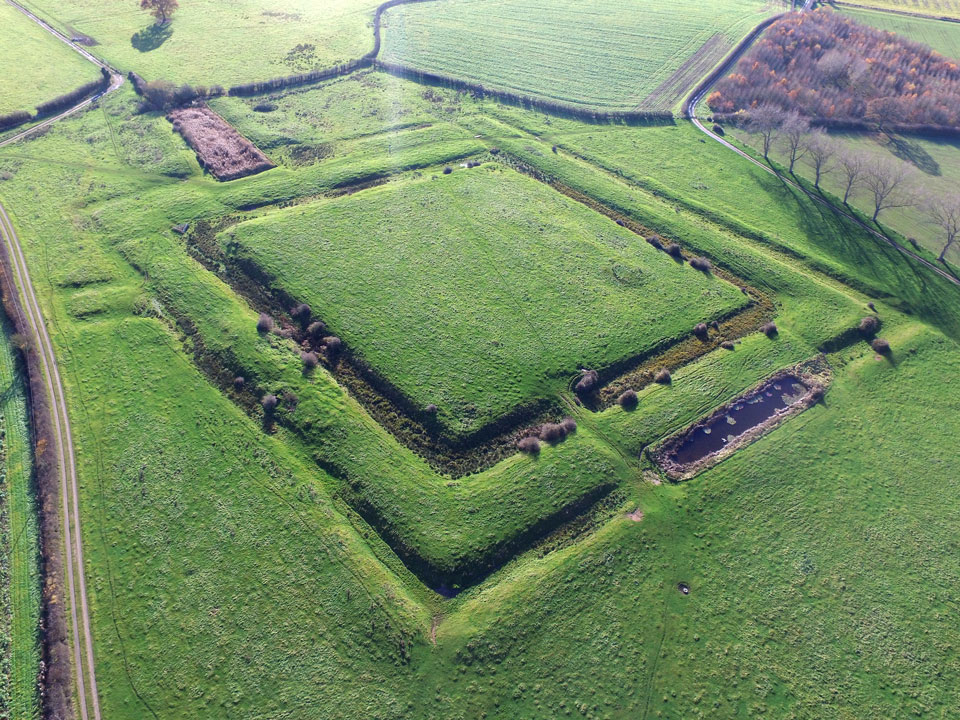