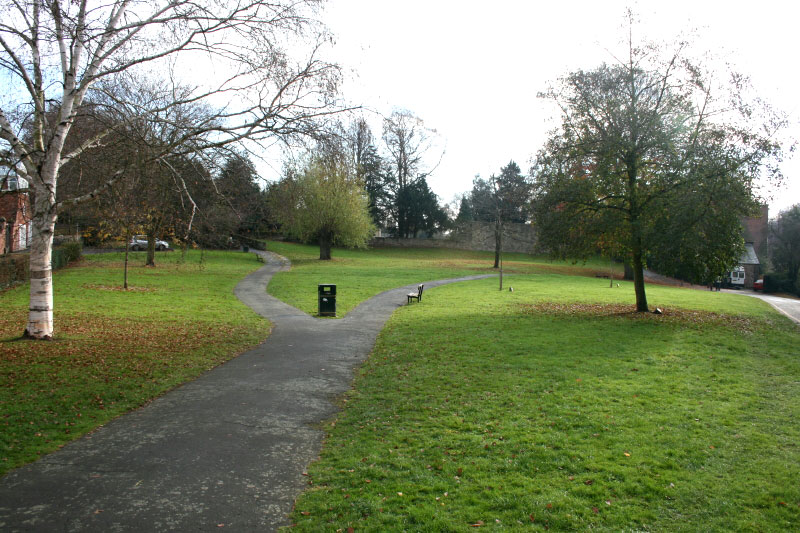 The first town defences were erected around 850 and were then extended in 900 to cover the area (Castle Green) which later became a motte and bailey castle c.1050. The castle was rebuilt after the Norman invasion, being strengthened with stone and enlarged during the second half of the 12th century with the keep being added a few years later. In the 14th century it needed much repair as it had fallen into ruins but after additions it was described as one of the strongest in England. By the end of the Civil War it fell into decay again and was demolished and the motte reduced. Apart from the building in the south-west corner, thought to be the Governor's residence, nothing now remains apart from the once enclosed Green which was the outer bailey.

The city walls were erected in the early 13th century with 6 gatehouses and 17 towers. They stood intact until the middle of the 18th century, but were then mainly demolished for their stone. Only small parts are now still standing.