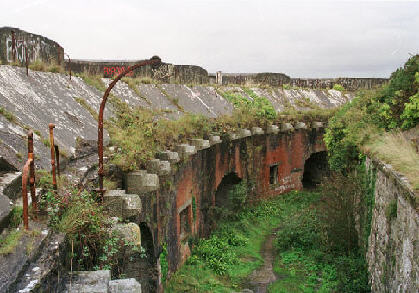 Fort Hubberstone was constructed between 1860 and 1863 on the opposite shore to Fort Popton. It is a large battery, with eleven 9-inch RMLs in casemates, eight in an open battery above, with another nine in the open flank battery. The large defensible barracks to the rear had a capacity for 250 men. It was sold in 1932 but after use in World War 2 if was finally closed at the end of World War 2 and fell into disrepair. It was owned for many years by Milford Haven Port Authority, is very overgrown and was not open to the public but it has been sold in 2020 to a new owner. 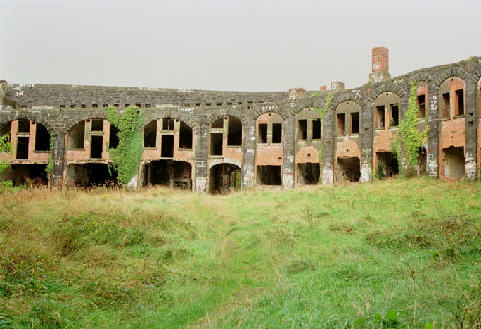 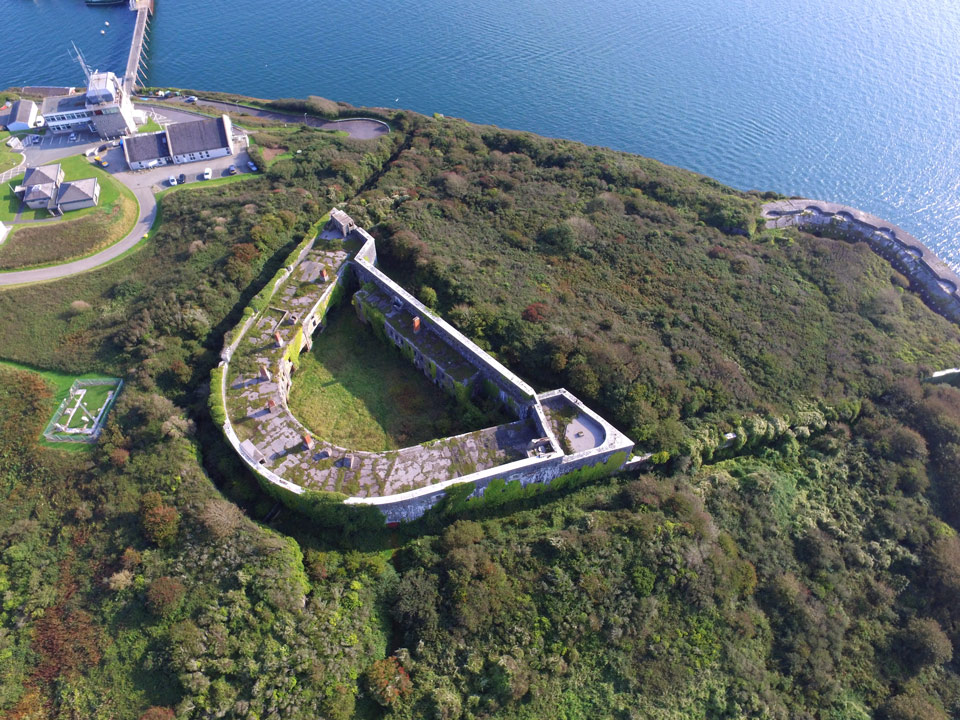 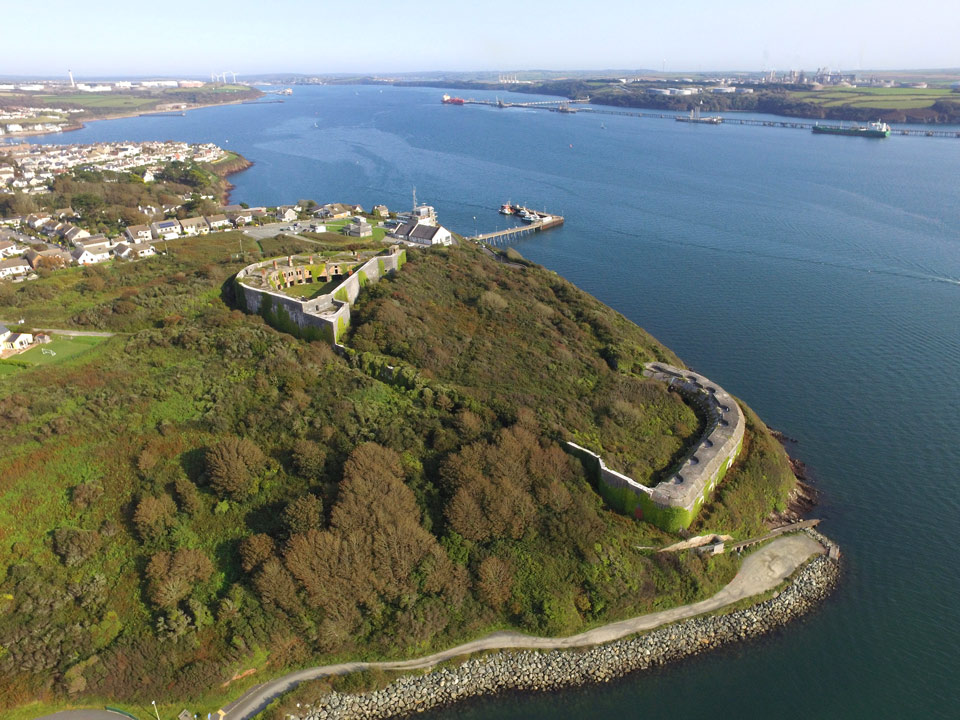