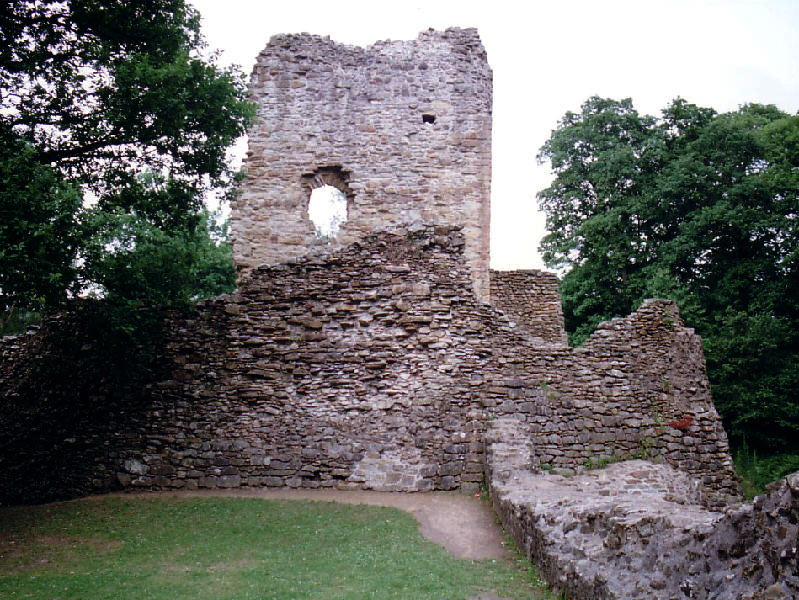 The outer walls and the circular tower of this Welsh castle were built in 1257, strengthening an earlier rectangular Welsh Tower which is thought to date from c. 1210. It was captured by King Edward 1 in 1277 and after this it was abandoned, with new and stronger defences being erected nearby at Flint. The ruins are now in dense woodland.