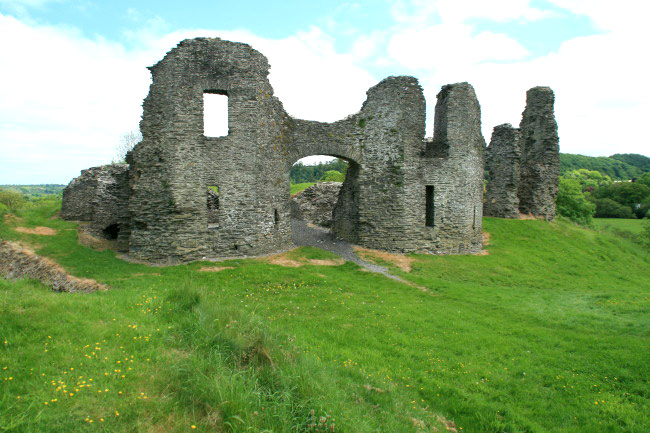 Built by the Welsh in 1240 on a high point with the river on three sides, it was captured in 1287 by King Edward 1. It was strengthened in the 14th century but damaged by Owain Glyndwr at the beginng of the 15th century during the uprising. After being left as a ruin, it was then rebuilt by Sir Rhys ap Thomas as a residence in the 15th century. During the Civil War it was captured by Parliament in 1644 and then slighted, the outer walls being destroyed.