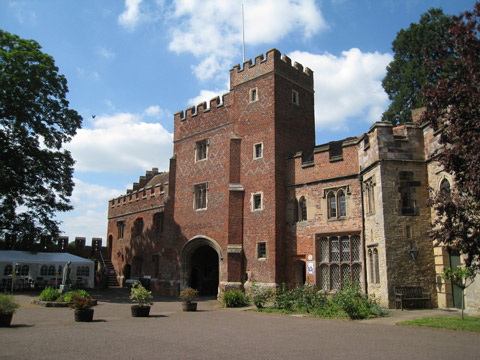 It is mainly a 15th century fortified manor. The tall brick tower was added in 1475, protected by walls and a moat, and surrounded by an outer bailey. It was used for many years as a palace by the Bishops of Lincoln.

The Friends of Buckden Towers, a Charitable Trust and a Registered Charity, exists to help in the preservation of The Towers. It concentrates it efforts on supporting the Owners in carrying out work on the older buildings like the Tower itself, the Inner and Outer Gatehouses, the walls and the grounds.