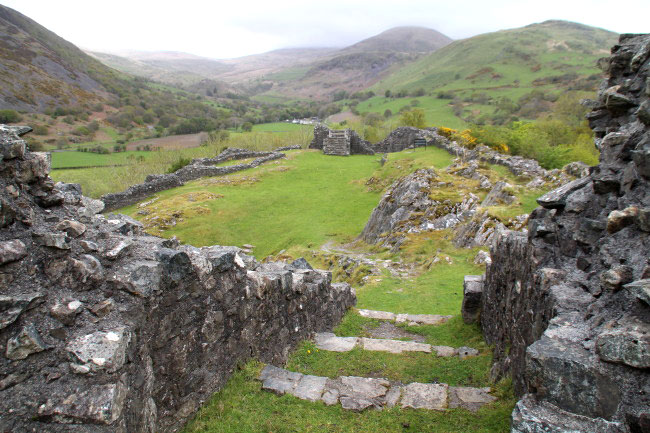 A ruined 1221 castle on a rocky plateau that was the last Welsh castle to be captured by King Edward 1 in 1283. It was built up over the next few years but during the Welsh rebellion in 1294 it was badly damaged and abandoned. It is the largest Welsh castle to have been built. It was once on an important road, but it is now isolated in the hills. 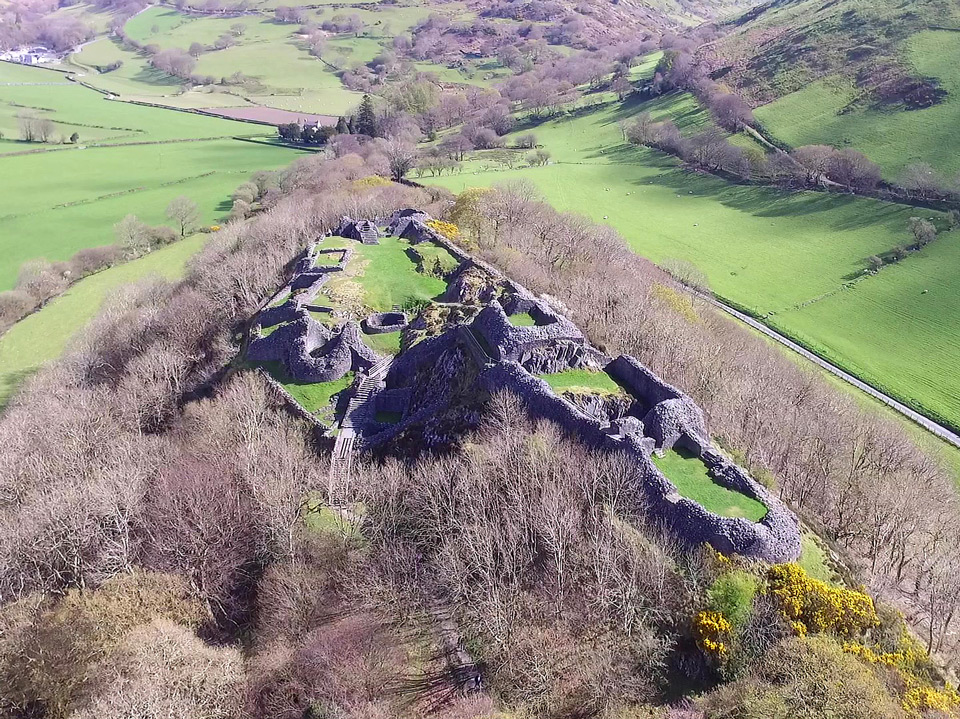 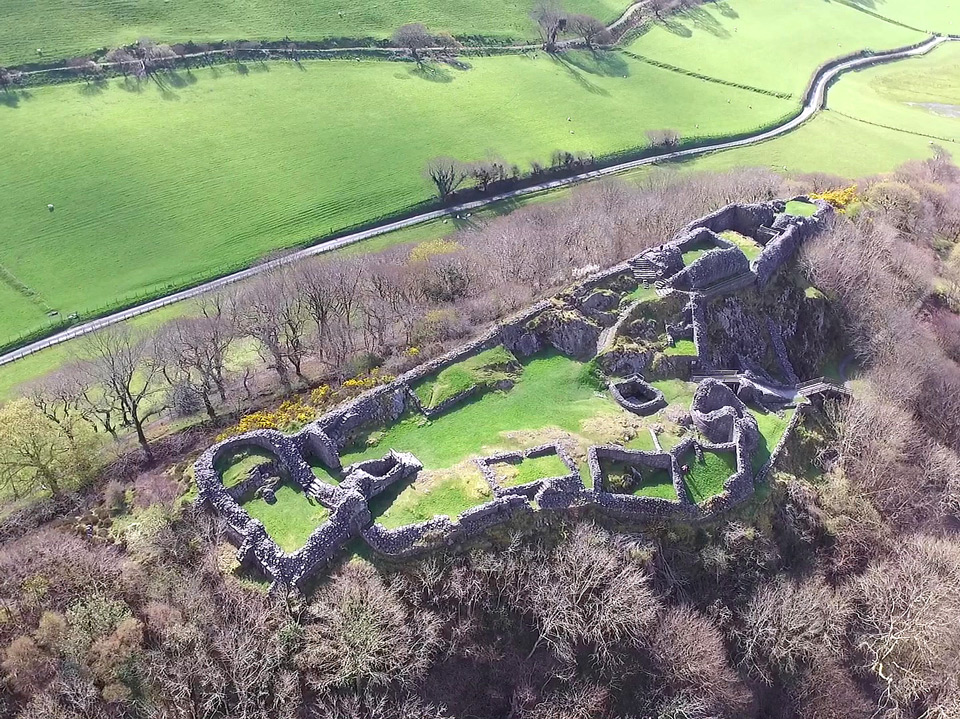