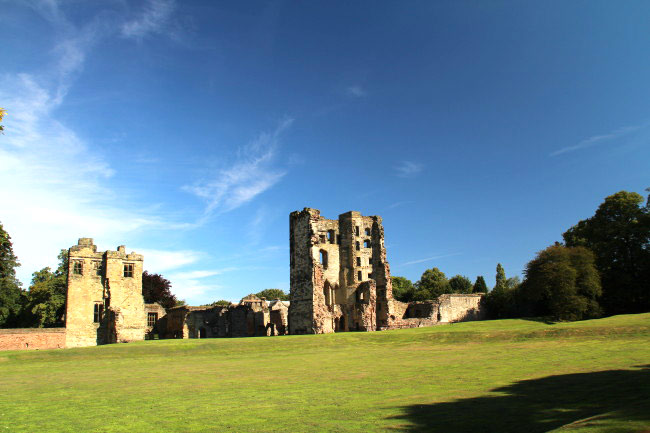 Originally a timber manor house, it was rebuilt in stone in the mid 12th century. A licence to crenellate was granted in 1474 and the house was then enlarged and fortiifed. It was besieged by Parliamentary forces during the Civil War and only surrendered in 1646 due to disease and starvation. The outer walls were then demolished but part of the eighty foot rectangular tower remains. 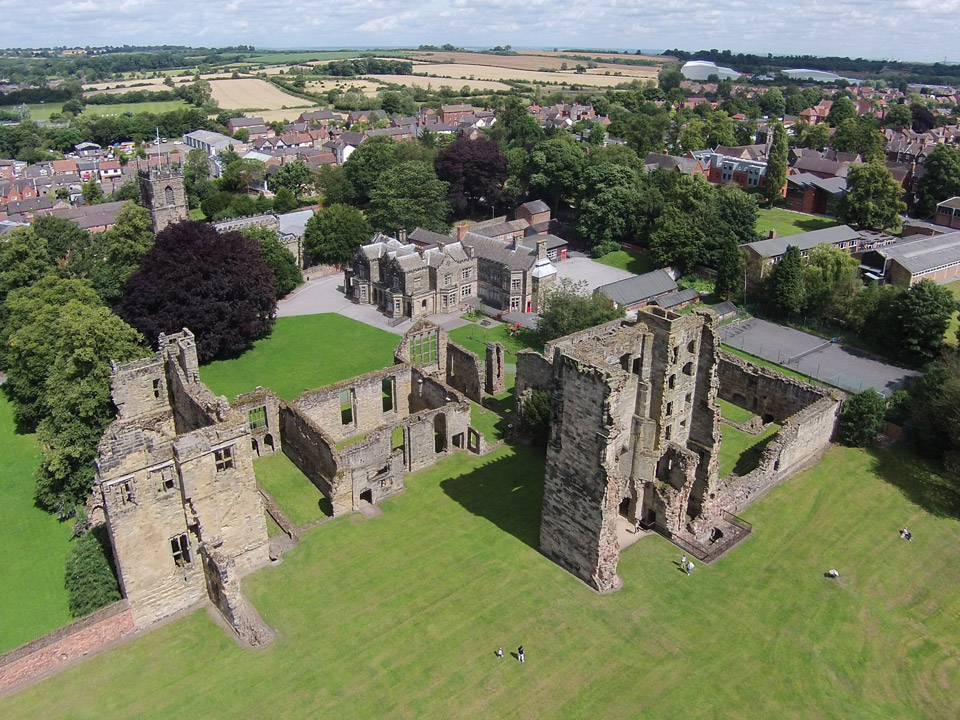